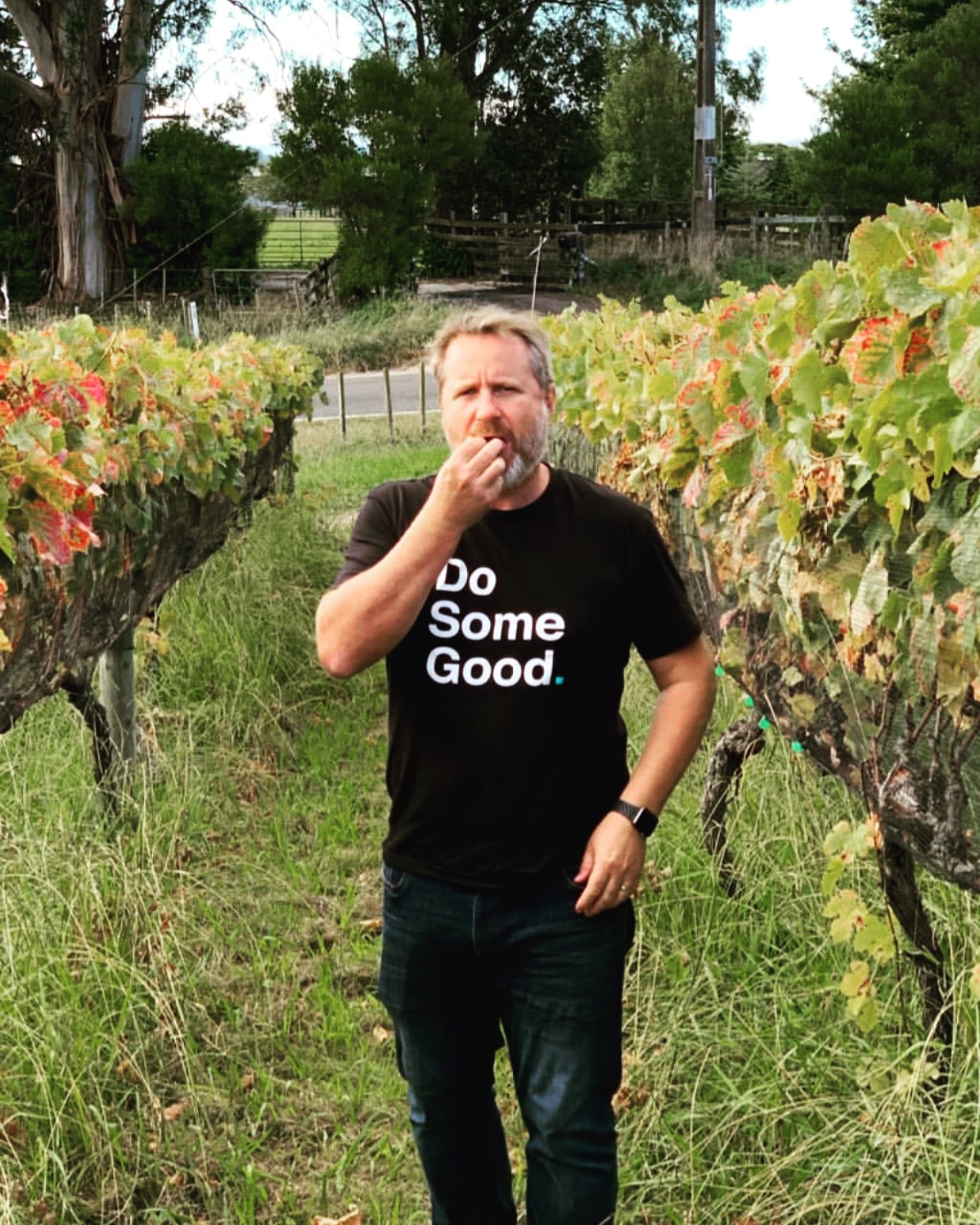 04 Feb A harvest word from our Chief-in-Commander, Rod.

Posted at 12:45h in members by Jo Throp 0 Comments
0 Likes
“I’ve spent the last couple of days tooling around our vineyards with Hayden {new winemaker, Hayden Penny, to be introduced properly in a following post} introducing him to all the blocks. After a couple of mammoth downpours in November and early December, the story has been sun and wind and a quite a lot of both. Flowering was early in November and that cold snap unfortunately coincided perfectly with it. It’s meant “hen and chicken” or small and big berries on the same bunch, unusually in Merlot and Malbec more than Chardonnay. It’ll be a factor in how we manage things at harvest time but not the biggest impact this season. More life changing we reckon is how early the season will be as a result of a combination of heat and a lack of water.  The season is at least two weeks, possibly three weeks early. We’ve slipped into top gear at the winery to get things bottled and make some space! We’ve just blended the 2020 Trademark, Quarter Acre and Loom Chardonnays. They’ll be bottled next month ready for release later in the year. We’ve also put together the new One Off Cab Franc which is a belter and will be available in the second half of the year. Overall, it’s looking great so far but still plenty of time for the season to get tricky. At this rate, only 25 more sleeps before we get underway…” RM

Cancel Reply
Shopping cart
There are no products in the cart!
Continue shopping
0